With the recent news about imported frozen shrimps full of anti biotics and illegal drugs that have been long identified as carcinogenic and have been banned in the U.S., it is even more important to eat locally. Locally caught shrimps have none of those harmful carcinogens and what little chemical is found on them is marginal compared to the imported, farmed, frozen varieties where it is a common practice to introduce drugs into the population in order to increase harvest. The wild caught shrimps that we get locally also taste better.

I love seafood and I grew up eating really good and fresh seafood so I am a bit of a seafood snob anyway. I only buy fish and shell fish that are practically still jumping and here in Durham, there was a time when I couldn’t find any decent seafood aside from the filleted and frozen kinds. I also liked seeing all the parts to my seafood. Heads, tails, and all, which seemed to freak out a lot of people around these parts.

Lately though, I have been excited to find not only caught in the wild Carolina Shrimps at local grocery stores but also cooperatives for locally caught seafood. And guess what? Sometimes they end up being cheaper than the imported variety because they don’t do anything to process them. They sell them whole! Heads and all (even fish now), just as they were netted from the ocean! And that’s how I prefer them anyway. There’s nothing like the flavor of shrimp heads 🙂 I won’t go to the Anthony Bourdain like waxing about sucking out shrimp brains. But trust me, they are good! There is a lot to be said for the local food movement mentality. Not only do we eat better tasting food, they are also fresher and safer for you. 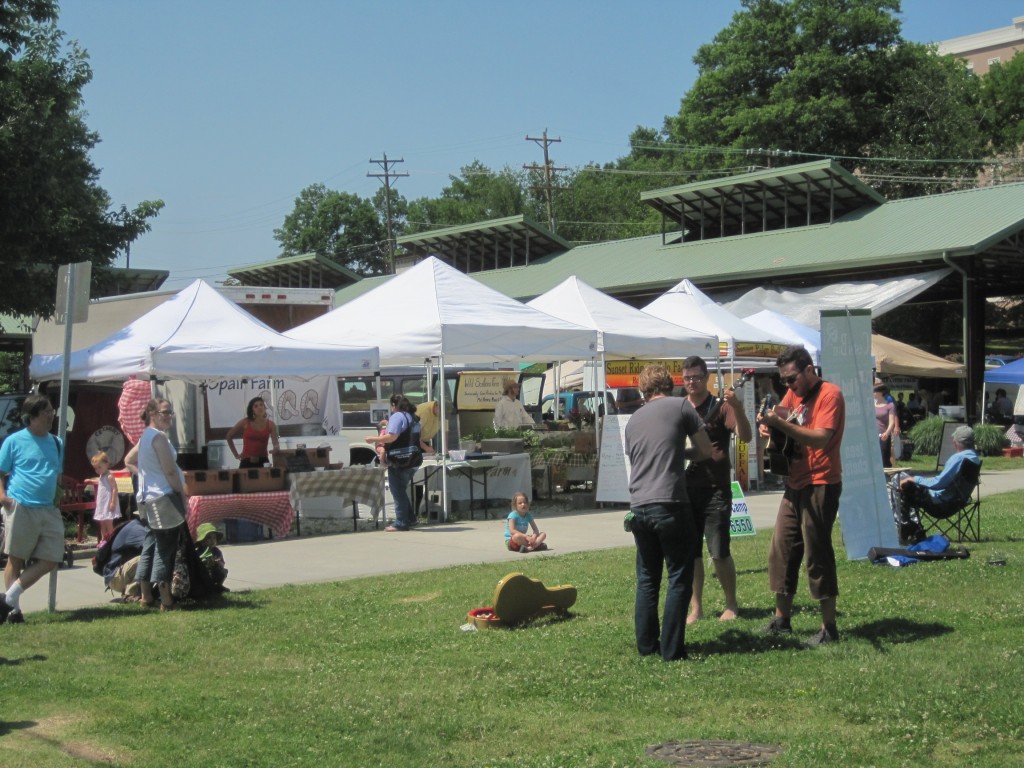 Aside from the local produce at the farmer's market, you can also listen to local musical talents.

It is then fitting that 2012 has been declared by the United Nations as the International Year of Cooperatives. The Community Tour is a tour to promote the virtues of volunteerism, in support of the communities, to honor those who honor those who give to their communities and at the same time to encourage others to do the same.

The 2012 Community Tour is a 2,300 miles bike ride which started on May 12th in Florida and will end in Portland Maine on July 7th, the International Day of Cooperatives. Durham was chosen as one of the eight stops on this tour appropriately and proudly as it is one of the greatest center for grassroots movements here in the triangle area of North Carolina.

The Durham stop will be this weekend, Saturday, June 2nd from 11 AM to 3PM at the American Tobacco Campus on Blackwell Street downtown. It will be a day-long, family friendly event with entertainment, food samples, cooking demonstrations and other fun events for kids and family alike. 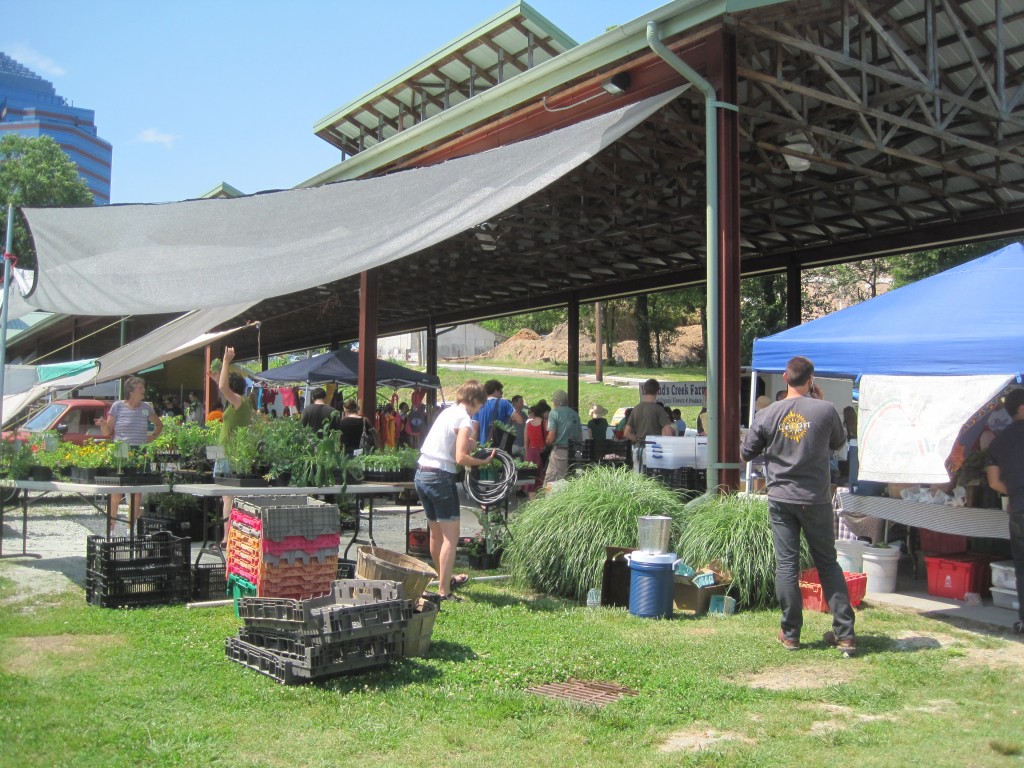 If you want to try your hand at growing your own vegetables, you can also buy plants.

My girls and I will be there again, as soon as we finish visiting the Durham Farmer’s Market just down the street. It is going to be a fun weekend and will I need it after this hectic week I am having at work! So if you’re in Durham, make sure to make your way downtown this weekend. It’s going to be a perfect weekend to be out and about and enjoy the community.

By the way, there is an awesome bakery at the farmer’s market that sells the best croissants in Durham. You should try to go and find them. My girls and I will be there 🙂