At our house, never try to come out of the bathroom without washing your hands. We have our own hand washing police!

Yep, my youngest daughter has taken it upon herself to call you out if you happen to run out of the bathroom and she didn’t hear the the water running for at least a couple of choruses of the Happy Birthday song. I suppose it’s what you can expect when you grow up with a dad who is borderline obsessive about cleaning and disinfecting. Yep, their dad does most of the major cleaning around the house. I do what I call ‘maintenance’ otherwise known as just enough cleaning to keep things from being messy and downright unsanitary.

My area of expertise is to make sure they eat right and exercise. Their dad is the one who makes sure they’re not living in filth or ingesting/inhaling anything that could sabotage all my healthy living efforts. We call him the Lysol fiend!

If you’re a germ, don’t go near him if you don’t want to get zapped with the Lysol spray.

We make fun of him, but deep down, we also know he’s the reason the house is relatively sanitary and probably the reason that we don’t get sick as often as some people we know. With spring ready to burst upon us (as soon as winter’s last hurrah gets on with it already), spring cleaning and throwing open the windows are just around the corner. 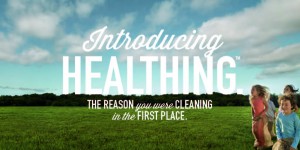 END_OF_DOCUMENT_TOKEN_TO_BE_REPLACED

You know its cold and flu season when you get offered to take the flu shot at almost every turn. Yesterday, I started getting that weird scratchy, achy feeling in my throat that’s always a pre-cursor to a cold. So I decided to nip it in the bud and remembered a couple of pins that I had saved on Pinterest.

Whenever I feel a cold coming on, I start drinking tea with honey and lemon already anyway, but I wanted to try out these remedies and see if they work any better. 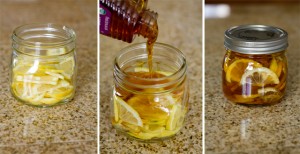 The first one is this pretty Lemon Honey Jam from A Little Life. It seemed very easy to make and quite pretty too. All it is is some lemon slices suspended in honey and you keep the jar in the refrigerator until it gets a jam like consistency. When you want to make tea, just take a spoonful of it and pour hot water. END_OF_DOCUMENT_TOKEN_TO_BE_REPLACED

Personally though, I would probably have had more respect for Paula if she had just told everyone to “Kiss my grits!”
END_OF_DOCUMENT_TOKEN_TO_BE_REPLACED

There is no better gift than the gift of good health for any occasion. With Father’s Day coming up, however, it is even more pertinent that we give the special Dad’s in our lives something that most of them take for granted, and that is their own health. They worry about us, take care of us, make sure that we have everything we need, but when it comes to the most important thing in their life, their health, they tend to put that in the back burner.

“Did you know that new research has found that men are 31 percent less likely than women to have visited a doctor within the past year? In fact, men report making fewer routine health care appointments compared with women (56.5 percent vs. 73.8 percent).”

National Men’s Health Week is on June 14 – 20 and the U.S. Department of Health and Human Services’ Agency for Healthcare Research and Quality (AHRQ) and the Ad Council are launching a new movement on behalf of their national public service advertising campaign designed to encourage middle-age men to learn which preventive medical tests they need to get and when to get them.

Make sure that when you show your appreciation to dad this year, include a gentle nudge to get him to go to the doctor. It may be the greatest gift you can give him and may keep him around longer.

Here are a few things you can do to give that nudge:

This post was created for the Global Influence Network Father’s Day Campaign.