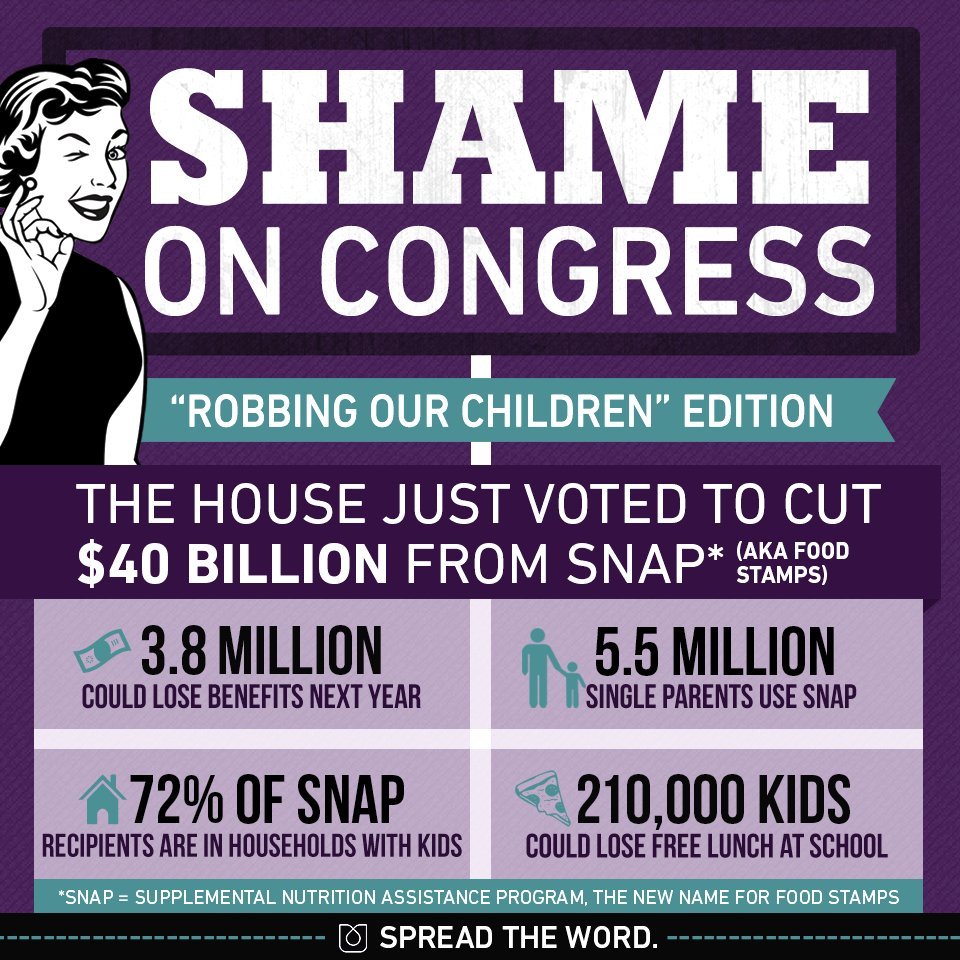 There are some points about the bill that I agree with with but there are many more aspects, especially those that marginalize the most vulnerable members of the population, that I disagree with.

Just last week, I was reading this list of 10 Hungriest Places in America and telling my husband about it. I was disappointed to see two North Carolina cities on the list, but equally surprising are the other cities on the list. You would think that the list would hold the names of  the biggest urban cities in the country, but no. Instead, you have:

Are you as surprised as I am? Many of those cities are considered to be in the middle class. Very few on the list have a large population in what is commonly perceived as dire poverty, nor do any of them have the blight of inner city poor. They all seem to typify the all American city. And yet they made it to the hungry list.

I wish the article had been more thorough by mentioning why these cities made it to the list. The only ranking criteria mentioned in the article was the percentage of people in each city who are facing “food insecurity”. I will assume ‘food insecurity’ is a euphemism for HUNGRY. And the thing is, I bet you not all those who have “food insecurity” are on the SNAP program.

Despite what most conservatives would like to think, not everyone is out to live on handouts. There are genuinely people out there who need the help. And the ones that really need it the most, have no voice to say one way or another.