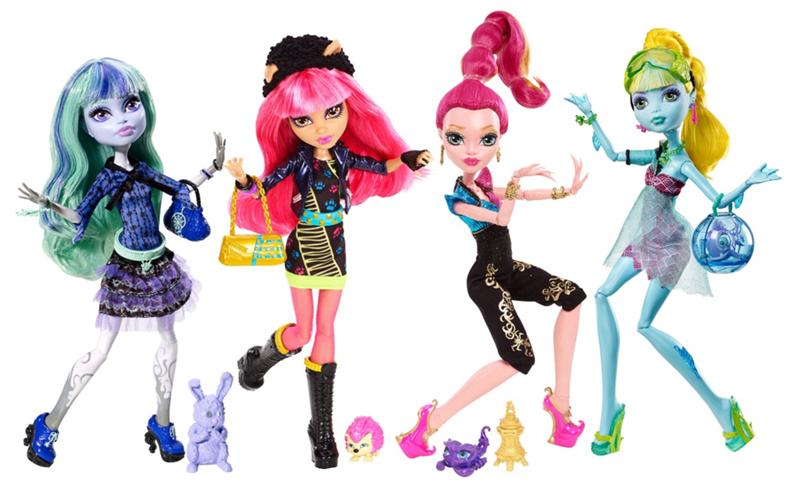 Why do children love dolls?
Children love to explore the world around them, and dolls are an expansion of this. While children may not be ready for things that come later in life, such as cars, jobs and relationships, dolls give children the chance to play an adult. Many children, young girls in particular, enjoy re-enacting their days through their doll, themselves playing the role of the mother to the doll. A doll can offer a great sense of security, with many children talking to their dolls as if they are their friends, telling them about their day.

Why are dolls so timeless?
As dolls are based on people, they have been able to change with the times. As fashion is such a big part of playing with a doll, it is easy for doll manufacturers to keep them fresh and current, appealing to a new generation. While the children of today may have become quickly bored with an Ancient Egyptian doll, a doll such as Monster High 13 Wishes Doll Gigi represents the modern world, and is easier for children to relate to.

Beyond the doll
As well as the doll itself, children tend to get a great enjoyment out of dressing their dolls and decorating their homes. Some dolls live in purpose built doll houses, while other children prefer to make their own custom built homes to suit their doll and the personality they have given it. This is something that many people never grow out of, with the world’s top designers and architects still enjoying coming up with ideas for doll houses.

It is no wonder that dolls have become such a timeless toy. They enable children to process their surroundings through re-enactment, as well let their imaginations run wild and explore the world around them. With their up-to-date clothes and accessories, modern dolls are still enjoyed even by today’s tech-savvy children.