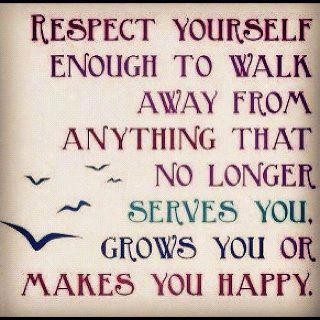 END_OF_DOCUMENT_TOKEN_TO_BE_REPLACED

I have a hard time understanding what happened, but if the word MARRIAGE is problematic, then I do not have any issues with renaming it. Call it a partnership, call it a twosome, call it a merger….. whatever. Just give ALL families the same rights and privileges as ‘traditional’ families. Why is that so hard to do? It just seems sensible to me.

Why is it so difficult to get understanding and compassion from the same people who purport to be living by the word of God?

I’m not going into the argument of what God wants and what God meant because I don’t know it just like everyone else and anyone who professes to know is lying to you. But don’t take my word on it.

It was a sad and shameful night in NC last night when Ammendment One to the state’s constitution was passed and catapulted NC among other states who have banned same-sex marriages. North Carolina’s state constitution now specifically defines a marriage to be only between one man and one woman.

END_OF_DOCUMENT_TOKEN_TO_BE_REPLACED

The other day when I picked her up from school, she was livid. She was outraged that on two separate occasions that day, two boys she considered as friends hugged her as is their usual way greeting each other. The first incident happened between classes. Her friend hugged her but in addition nuzzled her neck and kissed her neck. She said she was disgusted but was too shocked to say anything at the time. A little while later as she was going in to the classroom, another boy did the same thing to her. Whether the two contrived to do this to her or not, she is not sure. She is sure of how it made her feel. It made her feel uncomfortable and it made her feel dirty. She ran into the shower as soon as she got home to wash it all off. The thing is, you can not simply wash off the feeling of having been violated leaves behind.

You can’t simply chuck it to teenage hormones and that boys will be boys. Was she partly responsible for having been subjected to this? Should she consider changing the way she relates to her friends and should she be the one compelled to change classes so she does not have to deal with them again? The answer is a resounding NO.
END_OF_DOCUMENT_TOKEN_TO_BE_REPLACED

Yep, still ranting today….. so move on if you don’t want to hear me whine.

My two older daughters, who are both in concert band (not marching band, mind you), came home yesterday (I had forgotten about this last night, so it may have contributed to my irritability too) asking for a check for $45. Each. For performance uniform that their band teacher had deemed necessary for them to have.

Like I said, this is concert band, not marching band. They have one performance per semester. They will probably have one before the Christmas break.

END_OF_DOCUMENT_TOKEN_TO_BE_REPLACED

Don’t know if it’s the weather or the time change or the fact that it is now dark when I get home from work or that’s it’s colder or all of the above, but I am just darn irritable to day. Well, all that and I’m also PMSing but what ever….

I dozed off while watching Heroes, which really then irritated me cause I love Heroes! and I just can’t believe I fell asleep while watching it. Then, I realized, all my kids are still up at 10 o’clock on a school night! and the kitchen hasn’t been tidied up! grrrr……. don’t know why these little things bothered me tonight when normally I wouldn’t even worry about it.

Oh, and if it wasn’t for NaBloPoMo, i wouldn’t even bother writing anything up tonight, but I just realized I hadn’t posted today yet. grrrr!